Diving into the Concept of Colla …

AUCKLAND, NEW ZEALAND – Media OutReach – Nov 21, 2016 – In Microsoft’s Data Culture Champions Series in Asia, we speak to Simon Challies, Managing Director of Ryman Healthcare, on how the leading retirement village operator has digitally transformed its business to mitigate risk and better care for its seniors residing within its premises.

The transformation journey for Ryman Healthcare, a leading retirement village operator in New Zealand, started two years ago to mitigate risks of documentation errors. The company knew that it was risky to depend on manual and paper-based documentation especially when it comes to patient care. Ryman Healthcare also lost its head office in the February 2011 Christchurch earthquake — so the company had good reason to be nervous about how it stored its information.

Its solution was to digitize its business processes so they could be captured and analyzed more easily, cutting down any possible errors in its interactions with older people under its care.

This single digital project provided the fuel for Ryman Healthcare to use data in transforming staff productivity and ultimately, enhancing customer experiences. “The status quo was not acceptable,” said Simon Challies, Managing Director of Ryman Healthcare. The company now aims to have 95 per cent of processes digitized. Up until two years ago, 95 per cent of them were carried out with pen and paper.” 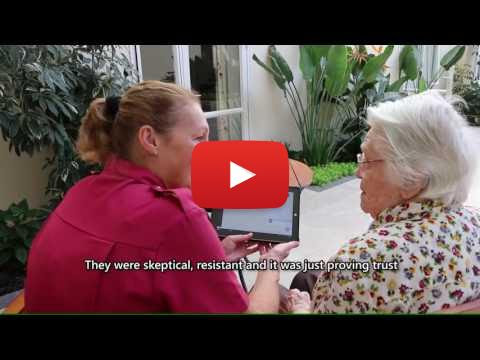 The app will help handle the staff roster, let staff communicate with one another and check which residents they are expected to see on the day. When it is complete, myRyman will also provide transparency to residents, giving them an opportunity to understand how Ryman Healthcare staff are working around the clock to provide the best patient care.

The drivers for transformation

Data is the new currency for forward-thinking organizations to enable business innovation. While harnessing data through technology has been around, new cloud and data technologies have allowed for new possibilities in data insights. With the right tools, insights can come from anyone, anywhere, at any time. When that happens, organizations develop what Microsoft describe as a “new data culture”.

For a new data culture to happen, organizations need to recognize the new opportunities for harnessing unprecedented insights that can be derived from data collected in this digital world. In fact, Microsoft Asia’s Data Culture Survey, involving 940 C-suite executives and business decision makers in Asia, shows that business leaders feel that implementing a data strategy needs to start right from the top. The survey found that a majority of business leaders (87%) feel that a data strategy should not only be implemented through a top-down approach, but that it should also be a formalized role in management in order to drive transition to a data-driven organization.

In the driver’s seat for Ryman Healthcare’s digital transformation journey is Challies. He said the efforts to develop a data culture would not be possible without a champion, especially a manager from the top.

He sees this digital transformation as way to stay ahead of the business curve, where today, Ryman Healthcare is an industry and market leader, operating 30 retirement villages in New Zealand with 6,000 village units and aged care beds. In addition to building more retirement villages across New Zealand, the company is also embarking on expanding its operations into Australia.

“We wanted to stay ahead of the competition. Because we knew that we had to leverage technology if we wanted to continue growing and to keep an eye on competitors in the market,” Challies said.

He has charted a singular focus of changing patient care and service for Ryman Healthcare. Residents, doctors, care-givers and nurses all want one thing — more time to spend caring for patients.

Ryman Healthcare could have assumed that seniors under its care were not tech-savvy. What it found, however, was that residents took to tablets quickly and were keen to use them. Challies said: “Because finally, they’ve got a device which they’re comfortable using, to a scale that they like. So they open up when it works for them because they won’t typically use smart phones or desktops, but they are happy to use a tablet.” 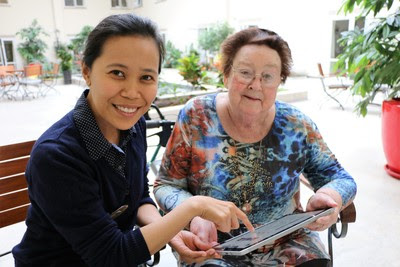 Data-driven transformation, made possible by the Microsoft Cloud

At the core of what Ryman Healthcare is driving is to get better insights. As it digitizes processes and its interactions with seniors in the villages, lots of useful insights are being generated and analyzed on Microsoft Azure, forming the foundation for the company’s business transformation.

Although the initial aim was to solve one business problem — mitigating risks — the efforts have since changed the way the company does business as well. In future, as it unearths more insights from its data, there could potentially be more benefits to be reaped.

“We wanted data to be managed in a structured fashion in the cloud because then we could really use it to make better decisions, make more consistent decisions,” said Challies.

“We also wanted to embed all our processes more firmly in software because prior to this, in the paper documentation process, most of our processes were written up on manuals and sat on shelves and collected dust. We would have liked it if they were used, but in reality, they were not,” he added.

While it is early days he is clear about what the ultimate goal for a new data culture is — the ability to help predict challenges and exploit new opportunities.

Challies noted that resistance towards developing a new data culture was expected but once it was clear how staff would benefit; driving adoption of the new technology was made easier. In his experience, three things would help to bring about a successful transformation:

1. Change from the top

It is important to have someone lead the effort, bringing various departments on board from the start. Challies took on that role in Ryman Healthcare, where his job as managing director included pushing everyone — the operations team, clinicians and IT department — in the right direction.

“The biggest hurdle was getting everyone to believe in the vision. There was also the challenge in communicating the vision and getting other people to move out of their comfort zone,” said Challies. 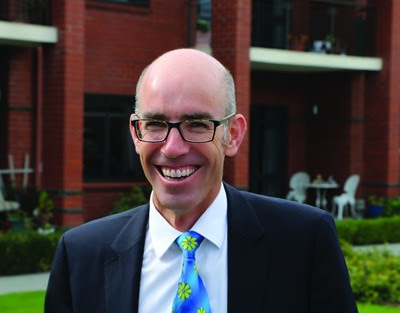 “It was tough getting the operations and clinical teams over the line which is not surprising.  They’re the ones that are going to be the most skeptical as they viewed more automation and change as being too uncertain. Once we got them to envision an outcome they believed in, one where they could see the benefits to be reaped, they were in a rush to get there,” he added.

2. Democratization of data and services

Empowering users will lead to faster adoption and more meaningful uses of data and digital services. At Ryman Healthcare, nurses can now add their names to a roster instead of waiting to be assigned by a manager.

“If you give them the tools and abilities to make decisions to do things for themselves, you can trust them to do it because they’ll do the right thing,” said Challies.

“Giving people access to information and the right tools to communicate and interact is better than being wound up in processes that are not necessarily helping their workplace relationships,” he added.

3. IT is an enabler, but not necessarily a driver

One barrier to Ryman Healthcare’s efforts were IT professionals. Changing things was too risky and it often just could not be done, was what Challies was told. “IT consultants can help, but ultimately, the people in the departments and functions have to drive these digital transformation projects,” he said.

“If the IT people were to drive it on their own, then you’d get an IT solution that doesn’t reflect your business,” he noted. His partnership with IT is key.

Residents enjoying a day out in the sun at one of Ryman Healthcare’s retirement villages. Credit: Intergen

The journey has just started

With his company now firmly adopting a data-driven culture, Challies is looking to explore new possibilities — to use data used as a powerful tool to predict occurrences and ultimately, outcomes. This will be a bigger challenge, but one he feels will bring even greater benefits.

He explained: “It’s early days on that but with the clinical data we are collecting, we anticipate will enable us to drive the evolution of all our protocols. What we’d really like to have is all of our data with the intelligence tools built into the Microsoft cloud to tell us when we should intervene, give us triggers based on our own experiences in order to provide even more personalized care for every individual. This is now possible as we have so much information that now we can make decent decisions as well as the right technology to make it happen.

In our Data Culture Champions in Asia series, we profile senior executives across the region who have driven a new data culture within their organization by adopting new processes, technologies as well as enabling their people with skill sets. These individuals cut across key industries and organization sizes, but what makes them stand out above the rest is how they are embracing change. Read more stories of our Data Culture Champions in Asia here.